How you doin’ guys?

Today I’m here to answer The Book Life Tag. I’m still recovering from the flu, but since this is a quick tag, I decided to give it a try. I also like the idea of choosing what my fictional life would be like. So without further ado, here are my answers:

1. Who would your parents be?

Molly and Arthur Weasley from Harry Potter. I mean, parents are a rare breed in YA, but the Weasleys would be a great pick regardless. They’re loving, understanding, and protect their family. They’re usually in a tight budget, but they more than make up for it by being awesome parental figures. This loving couple of wizards basically adopted Harry and always treated him as one of their own. I’m sure I’d be very happy under their care.

2. Who would be your sister? 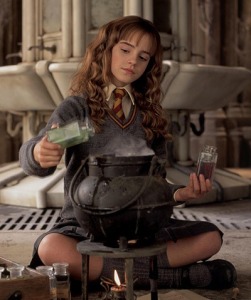 Hermione Granger from Harry Potter. It helps that I grew up with her, so it’s easy to see Hermione as a friend or sister already. I also chose her because she is very smart and responsible so I’m certain that she’d keep me in line whenever I get lazy or feel like procrastinating things (which happens way too often for my own good) and she’d probably help me with my college papers. Plus, Hermione loves reading too, so I’d have someone to buddy read and discuss books all the time.

3. Who would be your brother?

Either Eddie Castile from Vampire Academy and spin off Bloodlines (the red cover, I don’t like the american one, so I’m not using it sorry), or Kade Bronson from Every Heart a Doorway. Eddie is responsible, protective, very dedicated, and trustworthy. He is a Damphir – half human, half Moroi (vampire) – and he trained to be a Guardian since forever, so I’d feel safe with him, but also have a good friend to talk to. Now Kade has been rejected by his parents and by the fairy world he went to because of his gender indentity, which is their loss because Kade is so nice, resourceful, understanding and just easy to talk to. It’s hard to say, I just feel like he’s someone that it’d be great to be around. Also he loves books, so same case as Hermione there.

Blackjack from the Percy Jackson and The Olympians series. C’mon, he’s a black sassy pegasus. Blackjack would not only be usefull to fly me around when I’m late for things , but also really fun to talk to. I’d just need to have Percy‘s ability to talk to horses, and find somewhere bigger than my actual house to put Blackjack so he can sleep and all that, but I’m sure we’d have great adventures together.

5. Where would you live?

Maybe Red London from A Darker Shade of Magic? It seems like a vibrant city, full of magic and life. Although magic is a tricky thing in this universe.

6. Where would you go to school?

Can you guess? Yep, that’s right, Hogwarts School of Witchcraft and Wizardry. Just like half the world. Hogwarts is a childhood dream for many, and I’m not different. It’s a dangerous place, with no regard for child safety, but to this day we wouldn’t bat an eye at the chance of going there. I would also accept studying at Castelobruxo, which is the Brazilian wizarding school, then I wouldn’t even have to leave my country.

7. Who would be your best friend?

I could say Audrey Rose Wadsworth from Stalking Jack The Ripper, since she’s bold, smart and sassy, but she’s too into forensic science and autopsies for me to be able to fully appreciate our conversations. So I’d love to be friends with Kenji Kishimoto from the Shatter Me series. These books have its flaws, but you can also find good in them, like this witty soldier. Kenji is hilarious, really honest, and loyal. He’s someone you can open up to, and he’ll call you out, but also support you and make you laugh. Oh and Kenji can become and make others invisible, so I’m sure his abilities would also come in handy (I’d also hang out with the Weasley twins, but there’s a lot of Harry Potter in this tag already haha).

8. Who would be your significant other?

Dimitri Belikov. I don’t know what it is about him, but Dimitri just took my heart and never gave it back. I love him, I care about him, I get mad at him sometimes, but I just want him to be happy. This Dhampir Guardian is responsible, dedicated, an amazing fighter, handsome, and he’s really wise. He is the kind of person who makes his partner reflect on their decisions and become a better version of themselves. He tends to keep his feelings to himself, which would probably frustrate me, but it’s too late, that’s not enough to hold my feelings back. All I know, is that when Dimitri smiles, I feel a ray of sunlight warming up my heart. He brightens my fictional life, and I’m not even sorry for loving him.

So what would your fictional life be like? Let me know in the comments. ;D

2 thoughts on “The Book Life Tag”