Hey guys, how you doin’?

Today I bring to you Part #3 of my Popular Books I Haven’t Read Yet series. Again, if a book showed up in Part #1 or Part #2 you can assume I haven’t read its sequels yet, so there’s no point in talking about them here. This time we’ll be checking out some known 2013 releases that I haven’t read it yet.

Yes, that’s right, I have never read Vicious in my life. Don’t worry, though – this is about to change soon. I’m planning my blog’s first official buddy read for this book in December (anyone will be welcomed to join), and I’ll share the details here really soon. This book seems to be perfect for me – I love twisted and morally gray characters – and with the release of the sequel, Vengeful, the hype is real. I’ve heard great things about both books, and Vicious is a lot of people’s favorite Schwab novel.

I’m not really into scifi, but I bought this book a while ago because the cover is beautiful (feel free to judge me), and because Amie Kaufman co-wrote The Illuminae Files with Jay Kristoff and that’s one of the only scifi series that I’m confident I’ll like (even though I haven’t read those books yet). I wanted to check out more of her work, so I’ll read this eventually. Apparently she likes to write in duos. 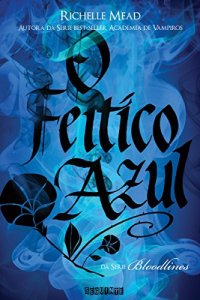 I’ve talked a million times about how Vampire Academy is one of my favorite series, therefore this spin off is also dear to my heart. I’ve also mentioned that I don’t really marathon book series, not matter how much I love them and because of that I haven’t picked up The Indigo Spell yet. I usually save the books in these series when I need something to get me out of a slump, so I’m sure I’ll need to read it sometime next year. The sequel, Fiery Heart, also came out that year.

The Dream Thieves (The Raven Cycle, #2) by Maggie Stiefvater 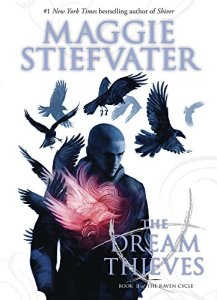 Ohh that is a damn popular series, but yeah, I’ve only read book one so far. I picked it up back in August and I liked it, but I also had some issues with it. I ended up never reviewing it and I kind of want to read it again before I move on to book 2 (which probably will happen sometime next year).

The premise of this reminds me of a story I wanted to write, so I’m certainly interested. A lot of people say really nice things about this book, but it’s the same deal with Game of Thrones and The Name of The Wind – I won’t pick this up until book 3 actually comes out. I don’t like to invest my feelings in things that have no ending. I’m not about that life.

The Distance Between Us by Kasie West 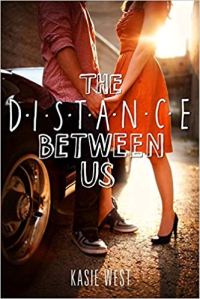 I’ve only read one Kasie West book so far (The Fill-in Boyfriend) and I enjoyed it enough to place Kasie as my go-to author whenever I need something quick and super easy to read. I actually have one arc for her next release, so that’s probably the first one I’ll pick up next, but I’ll eventually get to all her contemporary novels. 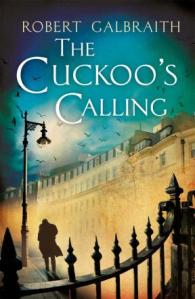 Well, like The Casual Vacancy, I own this book, but I haven’t read it yet. I think it’s hard for me because of my attachment to Harry Potter. I don’t want to compare these books to HP while I’m reading them, so I feel like I need to be in the right mindset to pick them up.

I own all of Rainbow’s YA books, but I have only read Fangirl (and that only happened like 3 months ago), so I don’t know when I’ll be picking this one up. What I know is that Carry On is a bigger priority, so it won’t be that soon.

Crown of Midnight (Throne of Glass, #2) by Sarah J. Maas

Well, I’ve read Throne of Glass last year and let me tell you, not a fan. I had a better experience reading ACOTAR earlier this year, but maybe that’s just because my expectations were as low as they could be. Controversy seems to be always holding hands with Maas’ books, but I’m the kind of person that believes in second chances and forming my own opinion. I already own this book, so I might as well read it, but after that, it’s a mystery if I’ll ever continue on with the series.

The Coldest Girl in Coldtown by Holly Black

I’ve actually only read The Cruel Prince by Holly, so I don’t know if I’ll like this. But I don’t know, I like vampire stories, and the title and the cover have always caught my attention. I would like to pick it up, but only after I read The Darkest Part of the Forest cause I already own that one (and I hear there’s some sort of crossover with TCP).

Steelheart (The Reckoners #1) by Brandon Sanderson

Yes, I want to read this. It’s supepowers + Branson Sanderson (I haven’t read any of his books yet, but I like his writing lessons and I hear nothing but great thing about his books so…) 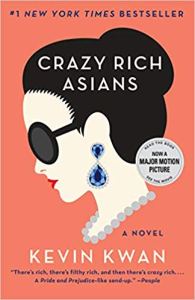 I love the titles for this series. I couldn’t decide if I should read the book first, or if I should just watch the movie, therefore I have done neither. But I hear great things about both.

I think this is middle-grade. I’m really interest in this series, it seems to have the right combination of spooky, fun, and adventure so I hope I have the chance to pick book one soon. This gives me City of Ghosts by Victoria Schwab vibes.

Some other 2013 releases I haven’t read:

So guys, have you read any of these books? Which ones? Let me know in the comments. 😊