Hey guys, how you doin’?

Today I bring to you my January Wrap Up. This was definitely a better reading month than December, I read 8 books and I’m ahead on my Goodreads challenge (currently set at 45 books, but that might change). Let’s hope I manage to keep this up as the year progresses. My classes come back at the end of February (😭😭😭) so I’ll try to keep up the rythm, at least for this month. I actually reread a bunch of things in January, which is unlike me, but I also picked up some new releases I was highly anticipating.

Here what I read in January and my non-spoiler thoughts about it:

Every Heart a Doorway (Wayward Children, #1) by Seanan McGuire

The first read of the year is always a hard one to choose, so I picked this novella up in order to warm up my reading year with a reread. This story about kids who went to their own Narnias and Wonderlands and now go to this school so they can learn how to cope with being back here is a short and easy read. I first read Every Heart a Doorway last year and I really enjoyed it. I reviewed it already, so you can check the link below to learn more about my thoughts on it. I intend to read the next novella, Down Among the Sticks and Bones, sometime soon and perhaps all the novellas of the Wayward Children series as well.

Another reread. I first read The Cruel Prince right when it came out in January of 2018. If you haven’t heard of this book before you either were completely gone from the bookish community for an entire year, or maybe you were out there entertaining the idea of what it’s like to live under a rock. I’m serious, The Cruel Prince has been one of the kings of hype in 2018 and this human-fae-enemies-to-lovers story has swept our community with its presence. Many love it, some don’t, but fortunately I fall on the side that joined the hype wagon with joy and didn’t regret it. I love messed up characters, so this was right up my alley.

The Lost Sisters (The Folk of the Air #1.5) by Holly Black

I felt that picking up this novella again was mandatory since I had just reread The Cruel Prince and was about to move on to its sequel. I first read this story last October, when it came out, and I still agree that Taryn sucks. But I do find it interesting being able to see how she thinks she can justify her actions. You don’t need to read it to appreciate The Wicked King, but I think it helps paint a bigger picture so I believe you should. I talked about this novella a little on my October Wrap Up as well.

Oh hello, hello new favorite book of the year. So early in 2019 and I already have a candidate for the top favorite spot. Let me just start by saying that this was better than The Cruel Prince. There were more politics, more backstabbing, more complexity for the characters and THE BEST USE OF THE ENEMIES TO LOVERS TROPE THAT I’VE READ. Damn, this was good! It was so engaging and I screamed reading this entire book, until the very last page. In fact, I am absolutely disgusted and offended that I have to wait another entire year for The Queen of Nothing. I’ve already waited one year to read this, it’s not fair. I need that sequel immediately, especially after that ending. 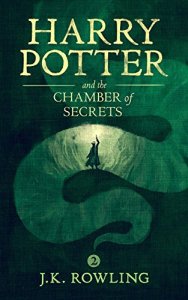 Continuing my trip down memory lane with my favorite series of all time. Me and a friend, we are huge HP fans so we convinced another friend of ours to read and watch Harry Potter for the first time. Ok, we might have convinced her through FOMO, because we wouldn’t stop discussing lore in front of her and she’d be like “???”, so she decided that she might as well pick up the books to understand what the hell we were talking about (I’m so proud). The 3 of us are on vacation so we’ve been gathering some friends and meeting up to marathon the movies. It’s been a blast, but we’re moving slow because we talk too much while watching them. She read book 1 in December and I decided to buddy read the rest of the series with her whenever she picks them up. January was time for book 2, aka my favorite (as I’ve said many times, I even payed homage to it with the name of my blog), and it was nostalgic AF. The most fun part of these rereads so far has been me playing “spot the foreshadowing”. I don’t know the amount of planning that Rowling did, but dude, some details are sooo subtle and so important for the saga later on that it’s hard to think she didn’t use one of those conspiracy boards full of schematics and red cords to connect every single thing. It’s wild.

Like The Wicked King, this was one of my most anticipated releases of the Year. Unlike TWK though, I think book one was better than this sequel. Don’t get me wrong, The Vanishing Stair was not a bad book, not at all, but I was hoping to like it more than Truly Devious (which I didn’t). I still love Stevie and her friends, but a certain character was acting out so much that it annoyed me. We get a big reveal about the mystery of the past, but I feel like not that many things happened in the middle. The characters made that time enjoyable though, and I still appreciate the anxiety representation. Of course we were also left with another big cliffhanger, and I’m so sad that this time I actually have to wait an entire year for the sequel. Oh well, it’s the unfairness of a reader’s life.

I did it finally, I finished the grisha triology! This was better than Siege and Storm for sure. Leigh cut off the annoying drama and angst of the previous book to focus on what mattered and the pacing wasn’t so high-loooow-high like the previous other two books. I admit I was pessimistic about this at first, but overall I do think this was a good conclusion to the triology. It was not wow amazing, best thing I’ve ever read, but I feel like it fit quite well with the story, you know? I mostly liked what the author did with the characters, and some of the minor ones felt less expendable than they did before. Some issues were present throughout the whole series, and they were here as well, but I they didn’t compromise my experience. Now I can’t even believe I’m finally free to read Six of Crows! I’ve waited so long to get on this hype wagon. Ketterdam here I come! 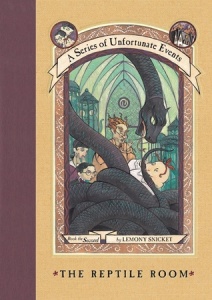 This was both entertaining and sad. I remember liking this part of the movie a lot. But god the adults are so dumb ugh. I know that it’s supposed to be like this, but I just feel like shaking them and yelling “omg shut the f*** up and listen to these kids goddammit!” Olaf is really freaking awful, which still surprises me a little as this is a kid’s book. I like that because it makes it easier for me to feel bad for the children. Poor Baudelaire siblings, surrounded by adults who might be nice, but lack half a brain. Well, I’m in no hurry, but I’d better buckle up because there are still 11 books of Baudelaire misfortune ahead.

So, how was your reading month? Have you read any of these books? Let me know down in the comments. 😀

1 thought on “January Wrap Up”